Cinders connects the shadow with burning ash and considers the absence of what is past (burnt) in its presence (cinders). The work conceptually draws on Derrida’s writing in ‘Cinders’ and relates it to Carol Mavor’s discussion of the shadow without a referent in ‘Summer Was Inside the Marble’; this shadow is without  referent because the referent was incinerated in the Hiroshima atom bomb. She relates this to a memory that must be told, but in a radically different way because the ‘image’, this shadow, is no longer indexical.

To begin this line of inquiry I used actual cinders and treated them ‘photographically’,  literally and metaphorically. I gathered cinders between 2012-2014 from my family home and worked with them in the darkroom, outdoors and sculpturally. I filmed the remnants of burning papers, made a series of latent images which are installed in light proof pouches and archived ashes in a round glass jar and installed a diptych of varying exposures and orientations for one print. 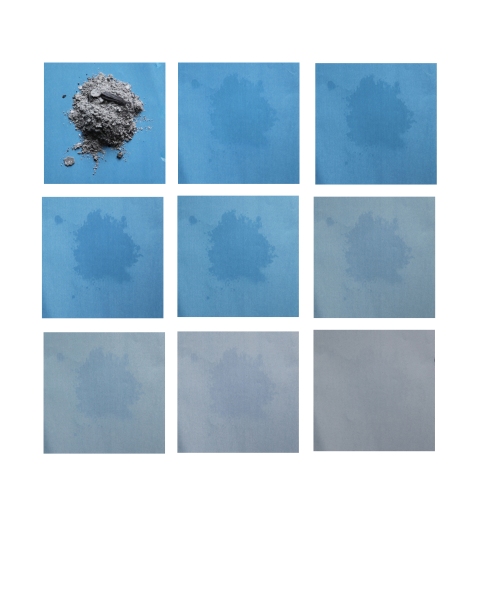